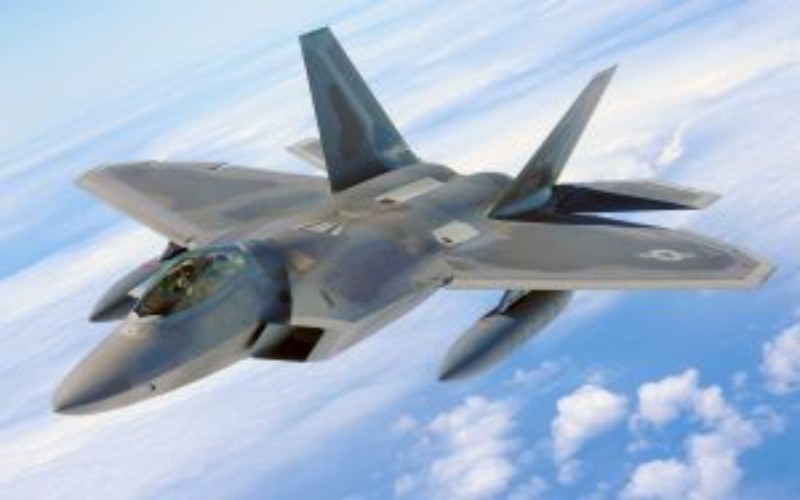 Supreme Court dismissed all petitions against Rafale Deal of India

The Supreme Court on 14th Dec, 2018 gave decision on rafale deal of India, dismissed all petitions against Rafale deal that demanded an investigation into the controversial Rafale fighter jet deal, saying that it was satisfied that the process for procurement had been complied with.

The petitions were filed in the Supreme Court for a court-appointed probe into the rafale deal of India in the NDA government’s decision-making process to purchase 36 Rafale fighter jets from Dassault under Indo-French intergovernmental agreement.

The SC made it clear that it found no irregularities in the Rafale Deal of India and it wasn’t the job of the top court to go into pricing when the need and quality of the aircraft is not in doubt. SC also added that it did not find anything wrong in the selection of Indian offset partners by Dassault in Rafale Deal with India.

The court observed that “We are satisfied that there is no occasion to really doubt the  process  in the Rafale Deal of India and even if minor deviations have occurred, that would not result in either setting aside the contract or requiring a detailed scrutiny by the Court,” the bench has said. “We have been informed that joint exercises have taken place, and that there is a financial advantage to our nation. It cannot be lost sight of that; these are contracts of defence procurement which should be subject to a different degree and depth of judicial review. Broadly, the processes have been followed.”

The Second Writ Petition (Civil) No.1205 of 2018 has been filed by one Shri Vineet Dhanda claiming to be a public spirited Indian. The petitioner states that he was inspired to file the writ petition being agitated over the matter on the basis of the newspaper articles/reports.

The third writ petition bearing Writ Petition (Criminal) No.297   of   2018   has   been   filed   by   one   Shri   Sanjay   Singh,   a Member of Parliament from Aam Aadmi Party alleging illegality and non-transparency in the   procurement   process.

The   said   writ   petition   seeks investigation into the reasons for “cancellation of earlier deal” and seeks a scrutiny of the Court into the alteration of pricing and, above all, how a ‘novice’ company i.e. Reliance Defence came to replace the HAL as the Offset partner.   Cancellation of Inter Governmental Agreement and registration of an   FIR has   also been prayed for.

The   fourth   and   the   last   writ   petition   bearing   Writ Petition   (Criminal)   No.298   of   2018   has   been   filed   by   Shri Yashwant Sinha, Shri Arun Shourie and Shri Prashant Bhushan claiming to be public spirited Indians. They are aggrieved by non registration of FIR by the CBI pursuant to a complaint made by them on 4th October, 2018. Which complaint, according to the petitioners, discloses a prima facie evidence of commission of a cognizable   offence   under   the   provisions   of   the   Prevention   of Corruption Act, 1988. The prayer, inter alia, made is for direction for registration   of   an   FIR   and   investigation   of   the   same   and submitting periodic status reports to the Court.

The court observed that, It is our considered opinion/view that the extent of permissible judicial review in matters of contracts, procurement etc. would vary with the subject matter of the contract and there cannot be any uniform standard or depth of judicial review which could be understood as an across the board principle to apply to all cases of award of work or procurement of goods/material. The scrutiny of the challenges before us, therefore, will have to be made   keeping   in   mind   the   confines   of   national   security,   the subject   of   the   procurement   being   crucial   to   the   nation’s sovereignty.

It was also made clear that the issue of pricing or matters relating to technical suitability of the equipment would not be gone into by the Court.  The   requisite   information   was   required   to   be placed before the Court by the Government of India in sealed cover, before the next date of hearing fixed i.e. 31st October 2018.

On   31st October,   2018,   the   Court   in   its   order had recorded that in none of the writ petitions the suitability of the fighter jets and its utility to the Indian Air force had been called into question.  Rather what was doubted by the petitioners is the bonafides of the decision-making process and the price/cost of the equipment at which it was proposed to be acquired.

Pursuant to the order dated 10th October 2018, a note in sealed cover delineating   the   steps   in   the   decision making process was submitted to the Court and by order dated 31st October 2018 this Court had directed that such of the information which has been laid before the Court, which can legitimately be brought into the public domain, be also made available to the petitioners or their counsels.  Details with regard to the induction of the Indian Offset Partner (IOP), if any, was also required to be disclosed.  The Court also directed that the details with regard to pricing; the advantages thereof, if any, should also be submitted to the Court in a sealed cover.

It   is   in   the   backdrop   of   the   above   facts   somewhat constricted power of judicial review that, we have held, would be available in the present matter that we now proceed to scrutinise the controversy raised in the writ petitions which raise three broad areas of concern, namely,

We have studied the material carefully.  We have also had the benefit of interacting with senior Air Force Officers who answered Court queries in respect of different aspects, including that of the acquisition process and pricing in the Rafale Deal of India. We are satisfied that there is no occasion to really doubt the process, and even if minor deviations have occurred, that would not result in either setting aside the contract or requiring a detailed scrutiny by the Court.

We have been informed that joint exercises have taken place, and that there is a financial advantage to our nation.  It cannot   be   lost   sight   of, that these are contracts of defence procurement which should be subject to a different degree and depth of judicial review. Broadly,   the   processes   have   been followed.

The need for the aircrafts is not in doubt. The quality of the aircraft is not in question.   It is also a fact that the long negotiations for procurement of 126 MMRCAs have not produced any result, and merely conjecturing that the initial RFP could have resulted in a contract is of no use.  The hard fact is that not only was the contract not coming forth but the negotiations had come practically to an end, resulting in a recall of the RFP.

We cannot sit in judgement over the wisdom of deciding to go in for purchase of 36 aircrafts in place of 126.   We cannot possibly compel the Government to go in for purchase of 126 aircraft. This is despite the fact that even before the withdrawal of RFP, an announcement came to be made in April 2015 about the decision to go in only for 36 aircrafts. Our country cannot afford to be unprepared/under-prepared in a situation where our adversaries are stated to have acquired not only 4th Generation, but even 5th Generation Aircrafts, of which, we have none.   It will not be correct for the Court to sit as an appellate authority to scrutinize each aspect of the process of acquisition.

We may also note that the process was concluded for 36 Rafale fighter jet aircrafts on 23rd September, 2016.  Nothing was called into question, then.  It is only taking advantage of the statement by the ex-President of France, Francois Hollande that these set of petitions have been filed, not only qua the aspect which formed the statement, that is, the issue of IOPs but also with respect to the entire decision-making process and pricing. We do not consider it necessary to dwell further into this issue or to seek clause-by-clause compliances.

Pricing of the Rafale Jets

The official respondents have claimed   that   there   are   certain   better   terms   in   IGA   qua   the maintenance and weapon package.   It is certainly not the job of this Court to carry out a comparison of the pricing details in matters like the present.  We say no more as the material has to be kept in a confidential domain

The   complaint   of   the   petitioners   is   that in the Rafale Deal of India  the   offset guidelines contemplate that the vendor will disclose details about the Indian Offset partner however, in order to help the business group in India in question, an amendment was carried out in paragraph 8 of the Offset Guidelines that too with retrospective effect.   By virtue of the said amendment it is contended that cloak of secrecy is cast about the Offset partner and the vendor is enabled to give the details at a much later point of time.

It is contended,   however, that  in the Rafale Deal of India the other provisions of the Offset Guidelines   remain   un-amended,   and,   therefore,   Government cannot pretend ignorance about the Indian Offset partner as has been done in the affidavit filed.  It is complained that favouring the   Indian business   group   has   resulted   in   offence   being committed under the Prevention of Corruption Act.

Once again, it is neither appropriate nor within the experience   of   this   Court   to   step   into   this   arena   of   what   is technically feasible or not.   The point remains that DPP 2013 envisages that the vendor/OEM will choose its own IOPs.  In this process, the role of the Government is not envisaged and, thus, mere press interviews or suggestions cannot form the basis for judicial review by this Court, especially when there is categorical denial of the statements made in the Press, by both the sides.

Conclusion on Rafale deal of India

In view of courts findings on all the three aspects, and having heard the matter in detail, court find no reason for any intervention on the sensitive issue of purchase of 36 defence aircrafts by the Indian Government.  Perception of individuals cannot be the basis of fishing and roving enquiry by this Court, especially in such matters.  Court, thus, dismiss all the writ petitions, leaving it to the parties to bear their own costs. Supreme Court makes it clear that their views as above are primarily from   the   standpoint   of   the   exercise   of   the   jurisdiction   under Article 32 of the Constitution of India which has been invoked in the present group of cases.

Also read : How to become a Lawyer

Asking wife to do household work properly does not mean ill-treatment.