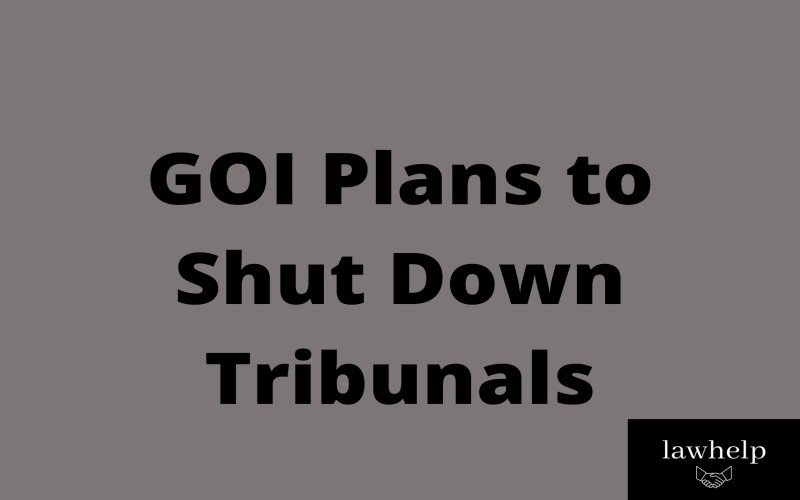 Government may soon shut down 5 tribunals

Government may shut down 5 Tribunals as per the new Bill introduced in the Parliament of India. According to which GOI is planning to shut down 5 Appellate Tribunals related to the fields of patents, trademarks, intellectual property protection in Technology Engineering Pharmaceutical and Chemicals. As per the reports cases related to these fields may soon be decided by the courts and not through the designated Appellate Tribunals.

The New Bill introduced in the parliament may have very far reaching implications in many sectors. The government may dismantle patents, copyrights, cinematography Tribunals under the “The Tribunal reforms, rationalisation and conditions of service Bill 2021”.

As per the government sources the sole objective is to steam line Tribunals so that the appeal is directly filed in the commercial courts or in the High Courts. As per the Bill the power of the Intellectual Property Appellate Board will be transferred to the High Courts.