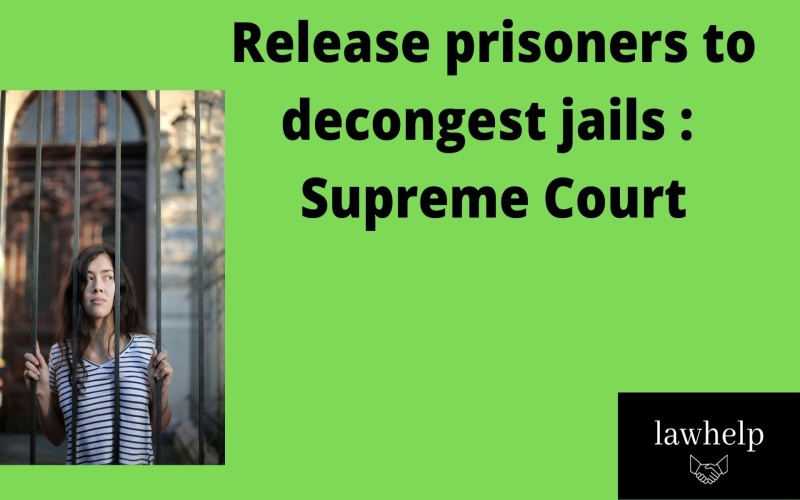 The Supreme Court, observing a remarkable flood of Coronavirus cases in the country on Saturday 8th May 2021, passed directions for decongestion of prisons. It also ordered the release of all prisoners who were allowed bail or parole a year ago considering the pandemic

The Supreme Court bench comprising Chief Justice N V Ramana and Justice L Nageswara Rao and Justice Surya kant said that all of those prisoners who were permitted bail and parole from jail in March a year ago by the high powered committees of states and union territories, set up after the Supreme court orders be conceded similar relief without reconsideration by High Powered Committees to avoid delays.

The Supreme Court further directed that those prisoners, who were allowed parole as per prior orders, ought to be again conceded parole for a time of 90 days to tide over the pandemic.

The Bench further directed in its orders which was uploaded on the Supreme Courts’ website referring to a judgment the Supreme Court directed authorities not to arrest anybody mechanically in those cases where the maximum punishment is less than 7 years.

The Bench also directed the powered committee to consider the release of fresh Prisoners by following the rules and guidelines of the National Legal Service Authority on these issues.