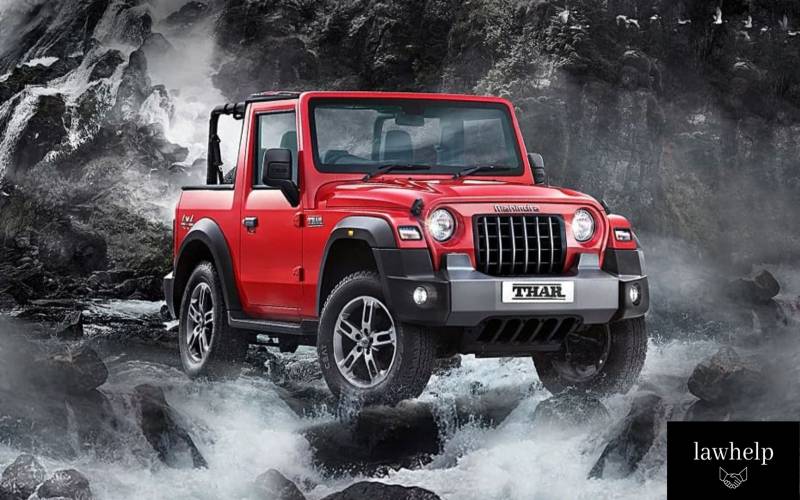 Nowadays we all can notice that YouTubers on social media platforms can go to any extent to get noticed so that they get lots of likes. Some of these YouTubers do not even hesitate to perform life-threatening stunts on these platforms, whereby they not only endanger their own lives but also of others.

One such stunt on Mahindra Thar SUV performed by the YouTuber became so popular on social media that when it ultimately reaches the authorities, the concerned authorities decided to impose a fine on that YouTuber to curb such stunts in the future.

The above-mentioned incident took place on April 2021 in the Malampuzha district of Kerala. The person who was exhibiting his stunts on a dam site in Malampuzha with his Mahindra Thar SUV became very popular on social media for that exhibition.

The person with his Mahindra Thar SUV overturned the Thar after taking sharp turns, which resulted into a very bad accident. The incident was recorded by one another YouTuber on his digicam and soon after the recording the video they circulated it on social media. This incident ultimately reached the law enforcement agencies and they decided to take action on that.

The dam site where these people were doing their stunts and were recording video is a restricted area for common people. Several authorities after investigation have traced the YouTuber and they are further investigating the matter.

The concerned agencies after an investigation found out that the SUV was driven at a very high speed; it was particularly unfortunate because it was done on a Malampuzha dam site, which is otherwise a restricted area. Many agencies apart from RTO are investigating the case but meanwhile, RTO has already imposed a fine of Rs 10,500 for irresponsible driving and also for doing modifications on the vehicle without the permission of the concerned department. The Kerala RTO also says that the rules have been voilated in this incident and they will take appropriate action after complete investigation.

What do you think the authorities are justified in imposing fine on the YouTuber? give your comments below.

Document required for selling car/vehicle in India in 2021